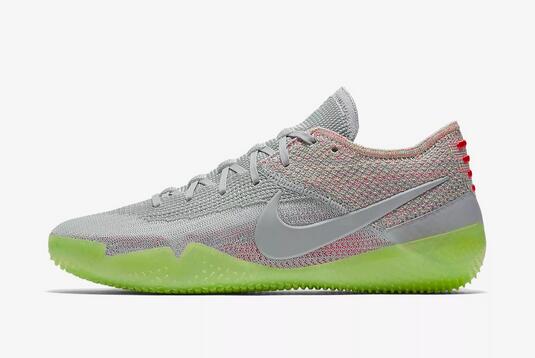 Kobe Bryant’s popular signature shoe series continues after his retirement, this time with a new Nike Kobe AD NXT 360. The popular shoe, still used regularly by current NBA players because of its traction and close sock-like fit, has received another makeover. This version of the low-top blends grey and multicolor Flyknit on the upper, with bright pink hitting half of the Kobe logo on the heel. The sole is a split grey and neon green, making the advanced traction sole especially pleasing to look at. 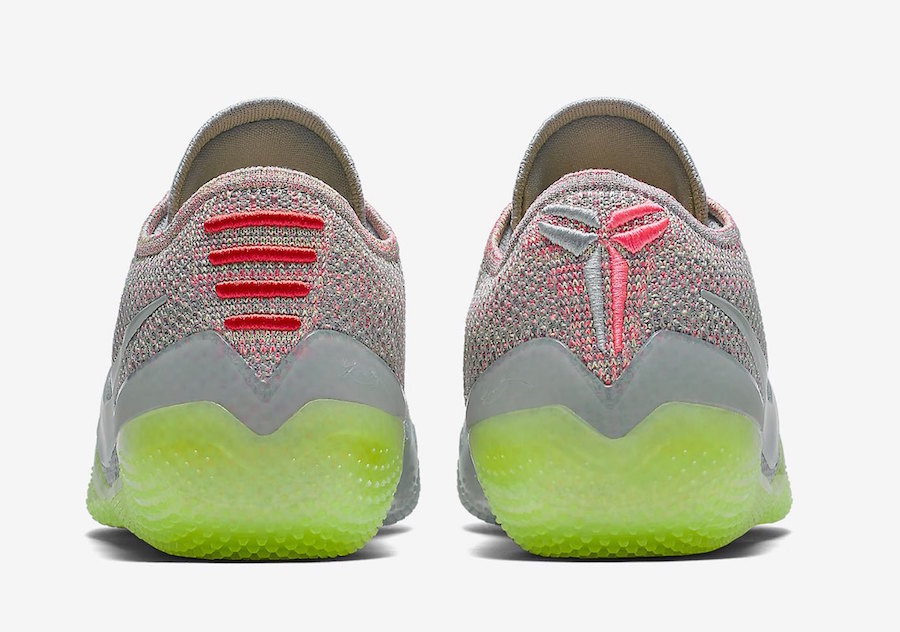 Before Kobe Bryant’s signature sneaker line with the Swoosh Brand took off, the majority of NBA stars wore high-top sneakers on-court during NBA games. Then, in 2010, Kobe and Nike introduced the world to the Kobe 5 and the Black Mamba became a pioneer for the popularization of low-cut basketball sneakers. Now, a plethora of Nike athletes have low-cut signature lines the likes of perennial all-stars Kevin Durant and Paul George. Even LeBron James’ high-top sneakers arrive in low versions, and Kyrie Irving has a brand new Kyrie 4 Low on its way.